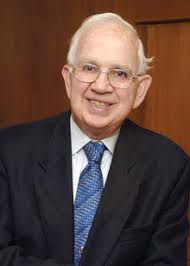 Born in Brooklyn, Rabbi Kushner was educated at Columbia University and later obtained his rabbinical ordination from the Jewish Theological Seminary (JTS) in 1960. The same institution awarded him a doctoral degree in Bible in 1972. Rabbi Kushner has also studied at the Hebrew University of Jerusalem, taught at Clark University and the Rabbinical School of the JTS, and received six honorary doctorates.

He served as the congregational rabbi of Temple Israel of Natick, in Natick, Massachusetts for 24 years and belongs to the Rabbinical Assembly.

He is the author of a best selling book on the problem of evil, When Bad Things Happen to Good People.  Rabbi Kushner has also written a number of other popular theological books, such as How Good Do We Have to Be? , To Life! and many others. In collaboration with the late Chaim Potok, Kushner co-edited Etz Hayim: A Torah Commentary, the new official Torah commentary of the Conservative movement, which was jointly published in 2001 by the Rabbinical Assembly and the Jewish Publication Society. His Living a Life That Matters became a best seller in the fall of 2001. Kushner’s book, The Lord Is My Shepherd, was a meditation on the Twenty-Third Psalm released in 2003. Kushner also wrote a response to Simon Wiesenthal’s question of forgiveness in the book The Sunflower: On the Possibilities and Limits of Forgiveness.

Stay in the Loop

Sign up with your email address to receive news and updates including special events, holiday reminders and our weekly newsletter.